skip to main | skip to sidebar

Why drink Aloe vera?
It doesn't aste that great.

Because Aloe vera gel is a superb tonic - rich in vitamins, minerals and trace elements.

Who do you know with Excema or Psoriasis?
Aloe vera is brilliant for a healthy skin.

Who do you know with IBS or Colitis?
Aloe vera gel helps to maintain a really healthy digestive system.

Who do you know with Arthritis?
Aloe vera gel is a natural anti-inflammatory.

It is also anti-bacterial and a natural pain-killer and is known to support the immune system.

I have some you can try - just send me an email but please keep an orderly queue!

FOREVER LIVING PRODUCTS let you build up a small business based on a lot of people doing a little by:

You can attain complete financial freedom and the time to enjoy it, for an investment of less than £200 and the willingness to put in 7-10 hours per week.

Do you know anyone who is worried about their finances or pension or desperately needs a change of lifestyle?

FLP offers excellent low cost training and support which has earned them the Investors in People Award.

The products are so GOOD - that for 28 years this company has offered a 60-day money-back guarantee.

Don't think this a women only business opportunity. There are many male ex-top executives in the FLP ranks at present including an ex-city banker.

If you know anyone who might benefit from this opportunity please refer them to us. 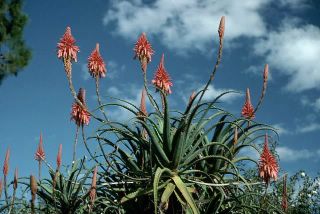 Posted by Jennie Lawes at 13:47 No comments:

Aloe Vera (Aloe Barbadensis Miller is the most potent) is one amazing plant. It has been valued by communities across the globe for centuries. Its aliases give you a clue as to why. Natural Healer. Miracle Plant. The Burn Plant. Wand of Heaven. The Potted Physician. And so on.The plant has spiky leaves with a tough rind surrounding an outer sap layer and an inner gel layer.

Aloe Vera is a succulent but don’t be fooled. While the gel is brilliant to take internally and externally, it is an acquired taste as a drink. A friend described it as unpalatable at best and downright disgusting at worst. I quite like it, but then I like raw lemon, curly kale and mustard sandwiches. So what do people use it for? One area where people find relief with symptoms is problems with the epithelial tissue (skin and body linings, in the gut and the bronchial tubes for example). These include ulcers, burns, eczema, acne and psoriasis. It also includes some bowel problems, including diverticulits and irritable bowel. Aloe vera gel contains lignin, which allows the healing properties to penetrate deep into the layers of skin.
The other main area of benefit is symptoms arising from weakened, heightened or inappropriate immune responses, such as rheumatoid arthritis and asthma.We live in age like no other before us. Since the 1950s we have been subject to intensive farming and the ‘miracle’ of modern medicine. Food contains fewer nutrients, even the good stuff. Pollutants (including those free radicals – ban barbies now!) have increased and our bodies have been the playground of steroids and antibiotics. Quite a change from the conditions most bodies have contended with since caveman days. And only a few decades to adapt in. No wonder we fail in droves, succumbing to physical and emotional stress.

One thing aloe vera gel can do in spades is to provide missing nutrients – and some useful side effects. It contains:antioxidant vitamins A (beta-carotene), C and E to soak up those free radicalsvitamin B12essential minerals including zinc and copperanti-inflammatory plant sterols and enzymessaporins, which fight bacteria, fungi and yeastssugars that have been seen to have a beneficial effect on the working of the immune systemamino acids that the body needs but cannot generate – that means you’ve got to eat themnatural painkilling elementsBut don’t go rushing out to buy an aloe vera plant and expect to be able to cure all your ills. As with all complementary herbal remedies, results differ.
I have spoken to people who have had wonderful relief but also some who have seen no benefit (no worsening of symptoms but no benefit). Because aloe vera gel has such a wide range of uses, specialist products have been developed for a large number of these. The gel in the aloe vera leaf can be used in its natural state and is excellent but will oxidise quickly – cut the leaf and you will soon see that it has started to heal over and the cut piece starts to go brown. You can buy stabilised aloe vera gel but should make sure that the gel is the main ingredient rather than water and that the product carries the seal of the International Aloe Science Council.

Aloe vera gel is a great general tonic and an amazing first aid kit. People drink it themselves and give it to their pets. They keep it by the stove for burns and in the car to treat sunburn and insect bites. It is used for personal care in all its forms – washing, shampooing, cleaning teeth – even as a softener in hankies, tights and knickers!
It is also used in cosmetics and for cleaning in the home.I think you’ll be hearing a lot more about the powers of this plant in the future.

[Jennie Lawes is an independent distributor for Forever Living Products aloe vera, bee and other nutritional products. She can be contacted at jennie_lawes@lineone.net for more information.]
Posted by Jennie Lawes at 13:40 3 comments: 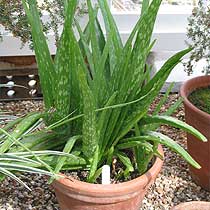 Skin is important - look after it.
It gives protection, prevents water loss, supports hair and nails ... and more.
All that and it helps you look good.

But sun and pollution damage skin.
Men know this. 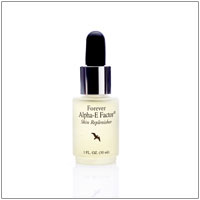 Statistics show...
70% of men use a moisturiser
72%of men would like a facial

Why?
To look good for business - in their job & getting a new one 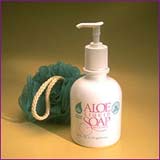 So, what can you do? 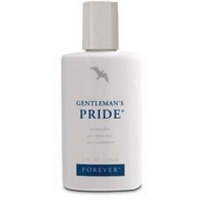 Jennie Lawes is a Brighton-based independent distributor for FLP Aloe Vera products. You can contact me on 01273 270501 email jennie_lawes@lineone.net All products come with a 60-day money back guarantee, so please don't be afraid to try them out.